Many a moon ago, back when I was closer to baby-bat than I am now, I discovered an amazeballs event. Loads of my friends went; there were very pretty people in attendance; there were fantastic hotel parties; and (!!) I could volunteer a little of my time helping out in order to get a free ticket to the event. Early 20s me loved this. Early 20s me helped promote this event.

As I passed through my 20s, more and more tales emerged regarding this event and others run by the same person, eventually leading me to first, stop volunteering or performing, and secondly, to stop attending all together.

Now, I am at my third step: calling out the damage by name. (taken from original blog post; moved for ease of reading).

I first became aware of JM via Livejournal and the phillygoth group, way back in 2006. He reached out, as many people might, and introduced himself. This was completely OK behavior, and how I made some friends that I now call family. 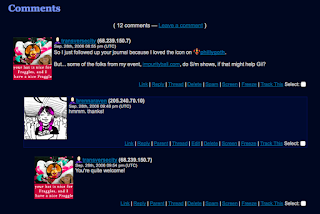 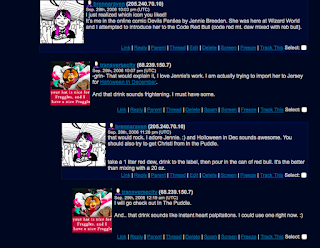 Our first in-person interaction occurred at Drac's Ball in Philadelphia, Halloween 2006. This was not as typical an interaction, as the followup emails show:

THIS sent up a red flag, but, little 23-year-old me shrugged it off. Nothing came of it.

The Drama of the Holiday Innsmouth, 2008, Wicked Faire III:

Wicked Faire III was apparently my first Wicked Faire. I was a performer, as part of PA Jedi.

This is also the year of the Jedi Wedding, which brought quite a bit of it's own drama and possible security problems regarding the ex-husband of the bride. As far as I know, none of this drama is connected to Jeff himself.

I know this is the year I first hosted Wicked Quizzo. I have an email:

Jeff,
per this FB message:
"Hey Jeff,
I was wondering: Loki and I are going to be running a Wicked Quizzo at
Faire and would like prizes to give to winners. Is there any chance we
could get some of the Wicked $5 coupons for this?
Thanks!"
You stated: "Go for it! (Though email is the best way to ask me this
stuff. : ) "
Shiney, thank you. HOW?
~Brenna
cc: Gil

Got yeses from both; picked up coupons (Jeff Bucks) at registration.

The technical issues we ran into with Wicked Quizzo sucked, and totally involved me batting my eyelashes at one of the sound folks to get help. Luckily (?), my "damsel in distress" feelings worked on Mordecai, who was nice enough to help.


Awesome event, best yet, in my opinion.
I'd love to do Quizzo again, but never EVER in that bar again. The bar
manager never seemed to understand what was going on and why we were
there. A panel room would work, or the smaller stage (Mirabella) if
you can fit it in.
I don't think the events at both hotels was the best idea, I know I
missed things that I otherwise would have seen. I know that [name redacted]
never picked up his Unbirthday present simply because the party was in
the other hotel. And I would have liked to do the murder mystery, but
again, other hotel. Has there been any thought on utilizing the Expo
Center?
I think that White Elephant always needs a bigger space (I only saw
the show in the panel room, and it was packed).
But, again, best Faire yet.
Question... the hotel is holding $391 when my bill on Sun AM said
$301. I knew that they were going to "hold" an extra $50 for
incidentals, but not an extra $90. Who should I talk to about this if
it doesn't drop back to $301 in a few days?
Thanks!


Much of this is just hotel/staff/communication issues, but a lot of it could have been sorted out beforehand.


Around here, I became aware of the drama over International Steampunk City.

This is also just bad management, but, apparently, Jeff claimed the name "International Steampunk City" and the Steampunk event in Waltham, MA (now known as Watch City), had some kerfluffle.

See email here.
Two hotels was a cluster***k. Here is part of a comment thread regarding booking my hotel room (screencaps from Facebook). 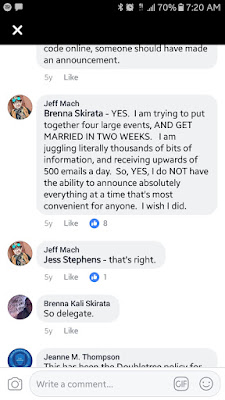 Jeff (@me) - YES. I am trying to put together four large events AND GET MARRIED IN TWO WEEKS. I am juggling literally thousands of bits of information and receiving upwards of 500 emails a day. So, YES, I do NOT have the ability to announce absolutely everything at a time that's most convenient for anyone. I wish I did. 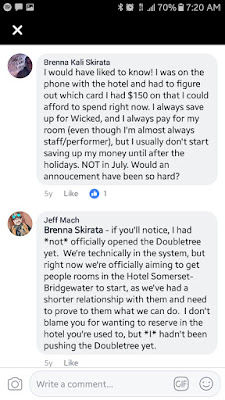 Me: I would have liked to know! I was on the phone with the hotel and had to figure out which cart I had $150 on that I could afford to spend right now. I always save for Wicked, and I always pay for my room (even though I'm almost always staff/performer), but I usually don't start saving up my money until after the holidays, NOT in July. Would an announcement have been so hard?

Jeff (@Me): if you'll notice, I had *not* officially opened the Doubletree yet. We're technically in the system, but right now we're officially aiming to get people rooms in the Hotel Somerset-Bridgewater to start, as we've had a shorter relationship with them and need to prove what we can do. I don't blame you for wanting to reserve in the hotel you're used to, but *I* hadn't been pushing the Doubletree yet. 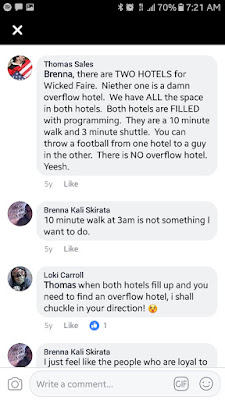 Thomas Sales (@me): Brenna, there are TWO HOTELS for Wicked Faire. Neither one is a damn overflow hotel. We have ALL the space in both hotels. Both hotels are FILLED with programming. They are a 10 minute walk and a 3 minute shuttle. You can throw a football from one hotel to a guy in the other. There is NO overflow hotel. Yeesh.

The shuttle ride sucked, only came every 30 mins or something. It was NOT a "10 minute walk," especially not in anything other than work boots or good sneakers. It was across lawn and the 4-lane road. Furthermore, the Somerset-Bridgewater had claustrophobically small hallways and conference rooms. I'm only 5 ft 7 and I could reach up and touch the ceiling in some of the hallways.

The programming was not evenly spaced out.

This two-hotel / no overflow continued into Wicked Faire 8, 2013:

In less than a month, Jeff Mach's Eighth Annual Wicked Faire will be arriving in Somerset, New Jersey... and it's bringing another event. And did we mention that this is all for the cost of the admission for one event? Okay... well, we just did!

Brave Time Traveler - we cordially invite you to join us in a premier resort & museum where you may see wonders and entertainment from different era throughout time. The steam-curious, whimsical party across time that you may need a crank-operated flux capacitor for.

For the cost of admission you get access to two (yes, two!) different events: Wicked Faire and Time Traveler's Resort & Museum. Wicked Faire is the revenge of the Renaissance Faire - a hardly conventional look at our roots as the first Winter Renn Faire.

And there are more performers to tell you about (since our last email)!

Ticket's start at $50 for the entire weekend!

We are quickly selling out of rooms. Click here for hotel discount, specials, and information!

Having spoken to vendors who were at the Somerset; it was not a good location.

At this point, I stopped attending JM events. I then saw the new SPWF harassment policy. My opinion can be read here.

Jeff seems to be a con-man, through and through. His business practices are shady, and he does not properly compensate performers and staff. He has a tendency of finding new/younger people, getting them to work for him, and when they realize they're being taken advantage of, he cuts them loose. Often this is done in a manner that makes Jeff out to be the victim, or the employee seem unbalanced or overly-demanding. This is abusive behavior.